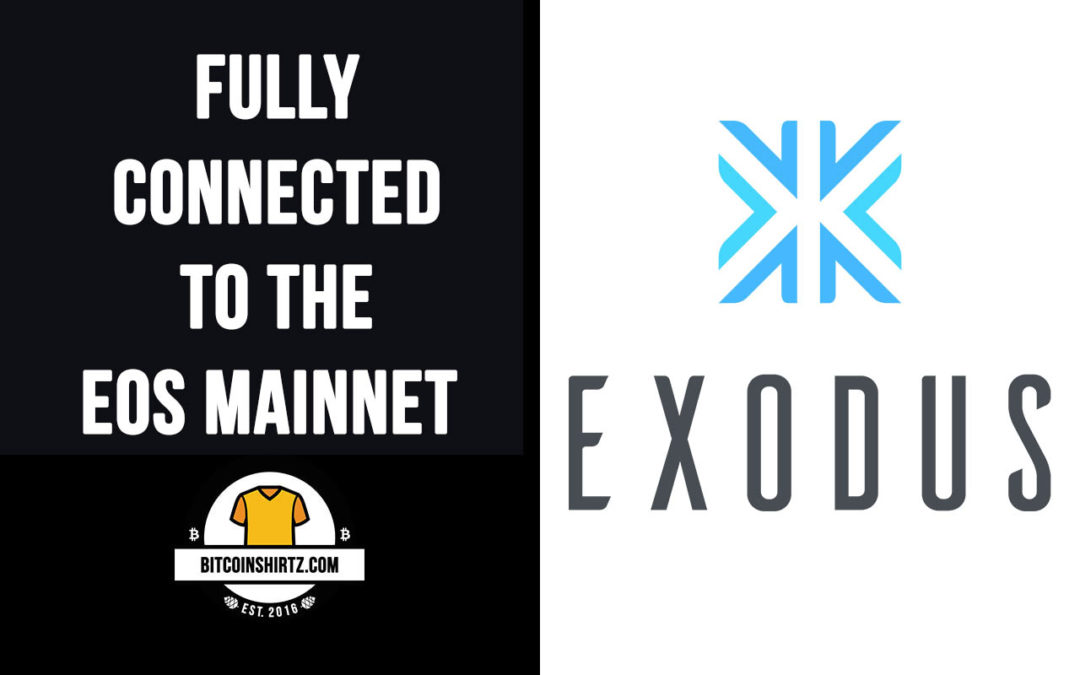 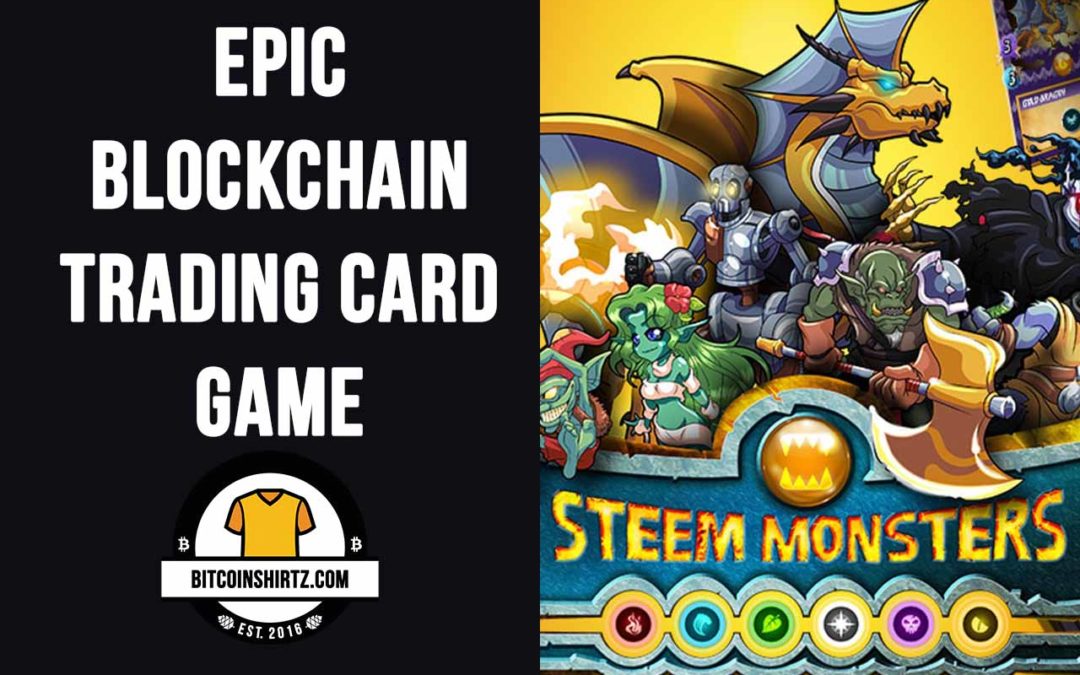 STEEM Monsters is a badass new game on the STEEM blockchain! The digital, role-playing, trading card game was created by Jesse Reich.

“Collect and trade cards on the blockchain! Level them up and then compete in individual and Guild PvP Tournaments and EPIC BOSS FIGHTS!”

You can buy cards now on steemmonsters.com! Previously users could only purchase cards with the STEEM cryptocurrency, but now STEEM Monsters is accepting both credit cards and PayPal.

STEEM users are buying these cards up like crazy as they could be worth a pretty penny in the future. We think the card game is pretty revolutionary. We have yet to see someone else create this type of game on a blockchain.

How To Play STEEM Monsters:

A cataclysmic event, known as The Splintering, violently reshaped a once peaceful landscape into six separate kingdoms.

The world was thrust into chaos and war as the inhabitants of the six known Splinters fought for control of what became known as the Splinterlands.

An ancient prophecy foretells of a hero who will reunite the Splinters against the Greater Enemy, saving the world from a near inevitable doom.

Could that hero be you? Choose your Summoner, choose your Monsters, and prepare for battle! The player who builds the best team will find glory on the Battlegrounds, fame on the leaderboards, and fortune in the Grand Tournament!

The Steem blockchain has transaction speeds of about 3 seconds, can handle thousands of transactions per second, and zero transaction fees! Unlike other blockchain platforms, that means the only cost is the cards themselves. You can play, buy, sell, and trade at lightning speeds and…for free!

Thanks to the full transparency of the blockchain’s distributed ledger, it’s easy to see how many of each different card exist in the entire game. So unlike in games like Hearthstone, you can see exactly how rare, and valuable your cards actually are!

With the blockchain, your cards are actually yours, and they can only be transfered with your private keys. This means that even the creators of the game cannot take them away from you and you are free to buy, sell, or trade them just like physical trading cards!

All of the battle results, and the cards contained in Booster packs, are generated by a published algorithm based on unpredictable data from the blockchain itself. This means that no one, even the creators, can tamper with battle results, or give certain players better cards in packs.

Check Out STEEM Monsters On Kickstarter

Hearthstone on a Blockchain? An interview with STEEM Monsters

Learn More About The STEEM Blockchain 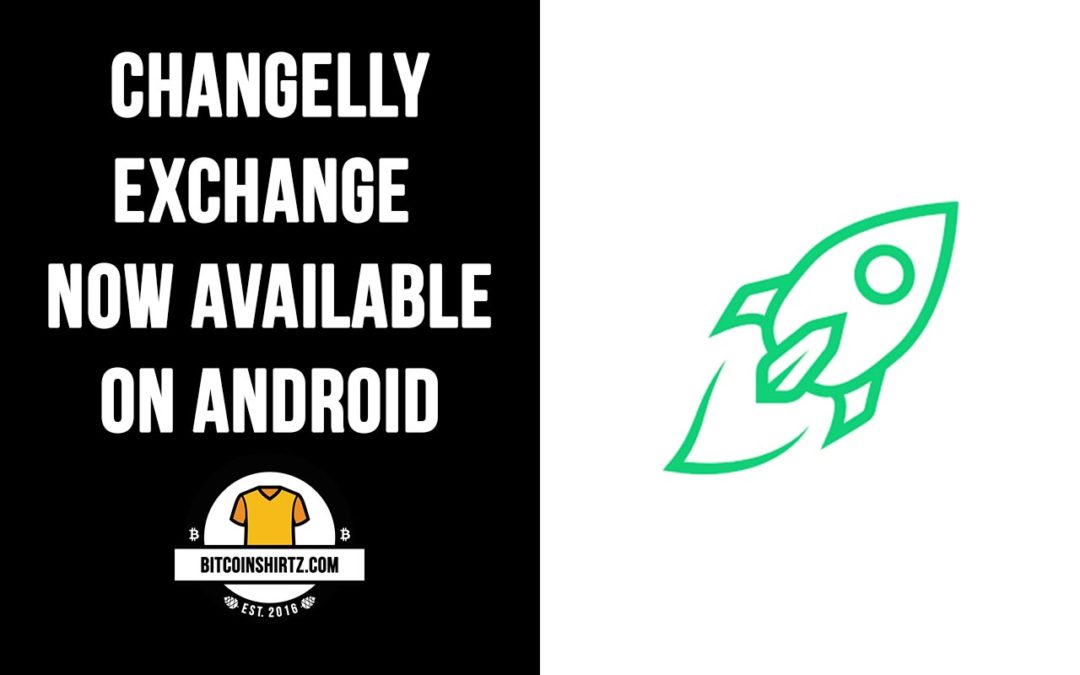 The Changelly exchange is one of our favorite crypto exchanges, especially when you need to swap crypto assets fast.

In recent news, they have finally created an Android app for their platform! Many of the writers here at Bitcoin Shirtz use Android over IOS, so this is great news for us. The Changelly exchange is a go-to for us with almost all cryptocurrencies, with the exception of BitShares and STEEM, which in that case we use Blocktrades.us. 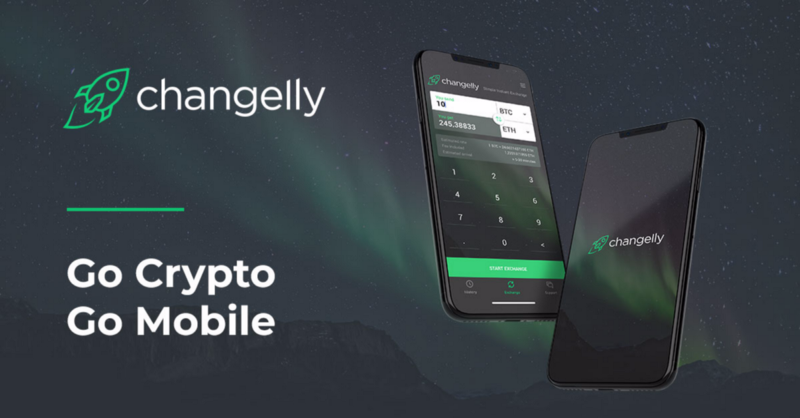 Changelly team is happy to announce the launch of the mobile app for all the Android users. The first official version of Changelly mobile app is now launched on Google Play.

The leading instant swap service finally is in your pocket wherever you go. Changelly users no longer have to open the browser on their gadgets every time they want to instantly swap one crypto asset for another. The mobile app represents an adaptive instrument for all the fans of smartphone usability, and offers exactly the same options as the full web version of the service, namely:

In addition to the exchange section, Changelly mobile app includes History section, where the user’s transaction history is placed and Support section, from where the user can send a request to Changelly support team and find the answers to the FAQ.

Changelly mobile app is quite compact and simple in use. It takes up only 8 Mb of the gadget memory and supports the Android versions starting with the version 4.4. 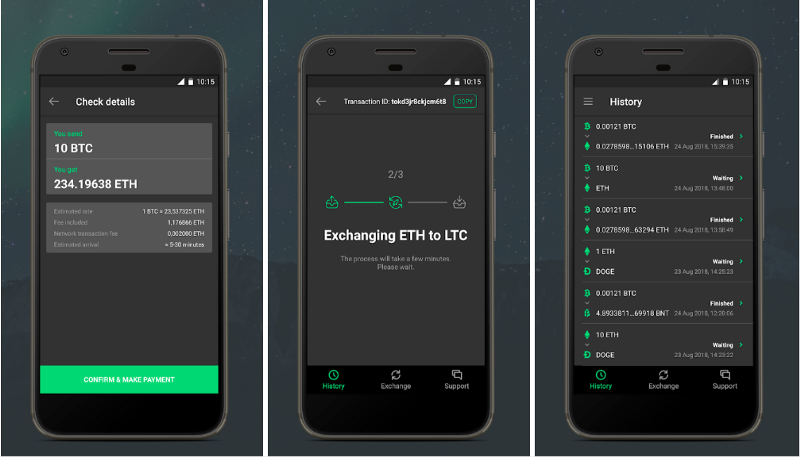 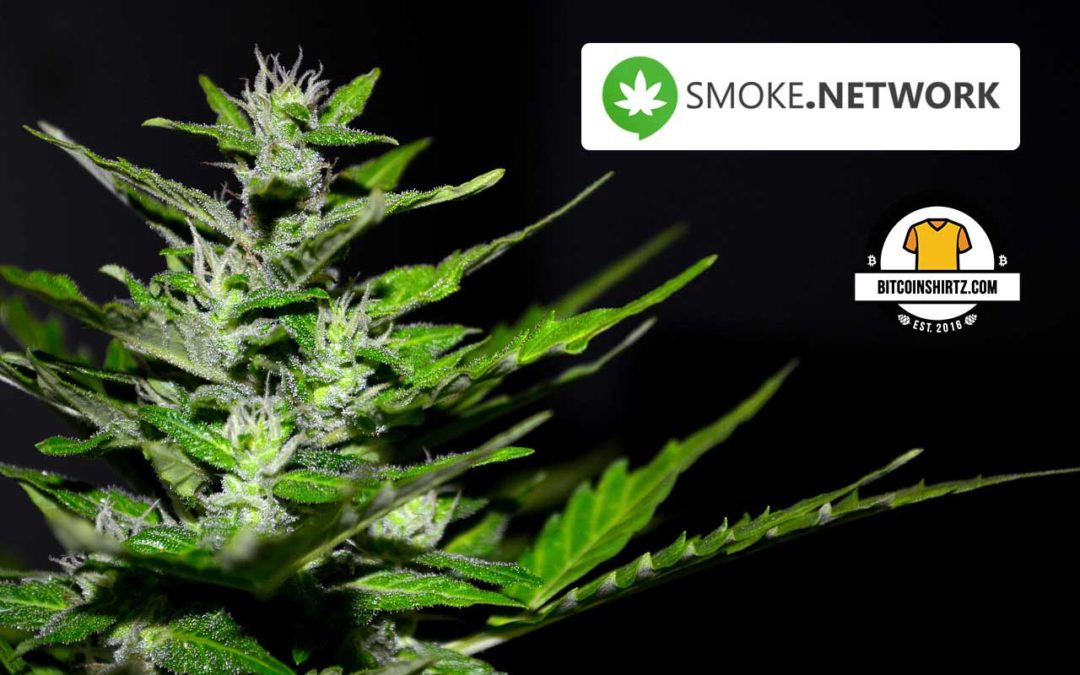 We are excited to say that the Smoke Network Blockchain has officially launched! Smoke.io (also known as Smoke Network) is the worlds first blockchain cannabis social network and ecosystem. The website is running smoothly and users are already cranking out content!

There is finally a social network and ecosystem tailored for the cannabis community! The Smoke blockchain is powered by a Delegated Proof of Stake (DPoS) blockchain consensus (similar to STEEM and BitShares). The token or coin on the blockchain is called SMOKE.

From The Official Smoke.io blog:

Today marks a milestone all of us have been eagerly awaiting… As I post this the first mainnet blocks have started being produced. The Smoke Network blockchain has successfully been launched by community block producers from all over the globe!

Developers can download our latest releases for the CLI_Wallet and Smoked build here: https://github.com/smokenetwork/smoked/releases

Users can now sign up for an account on https://smoke.io and start using all the features the network has to offer as well as claim your coins from the pre-sale and ICO.  Accounts will be approved within 24 hours from signup.

2: Go to our claim tool and follow the instructions: https://claim.smoke.io/

3: Enter your Smoke username and click save. Your coins will automatically be sent after the claim date.

The airdrop claim will start once Pre-Sale and ICO users have claimed their stake in the network or on December 1st whichever comes sooner. Please keep an eye on your email for more information in the coming weeks on how to claim airdrop coins.

From all of us at Smoke Network, I would firstly like to thank our community for your patience and support while we developed the first mainnet release. Other special thanks go out to:

We look forward to building new tools and DApps on the network and continuing work on our roadmap. I cannot wait to see what the future brings and what our amazing community can achieve.

To life, liberty and freedom. 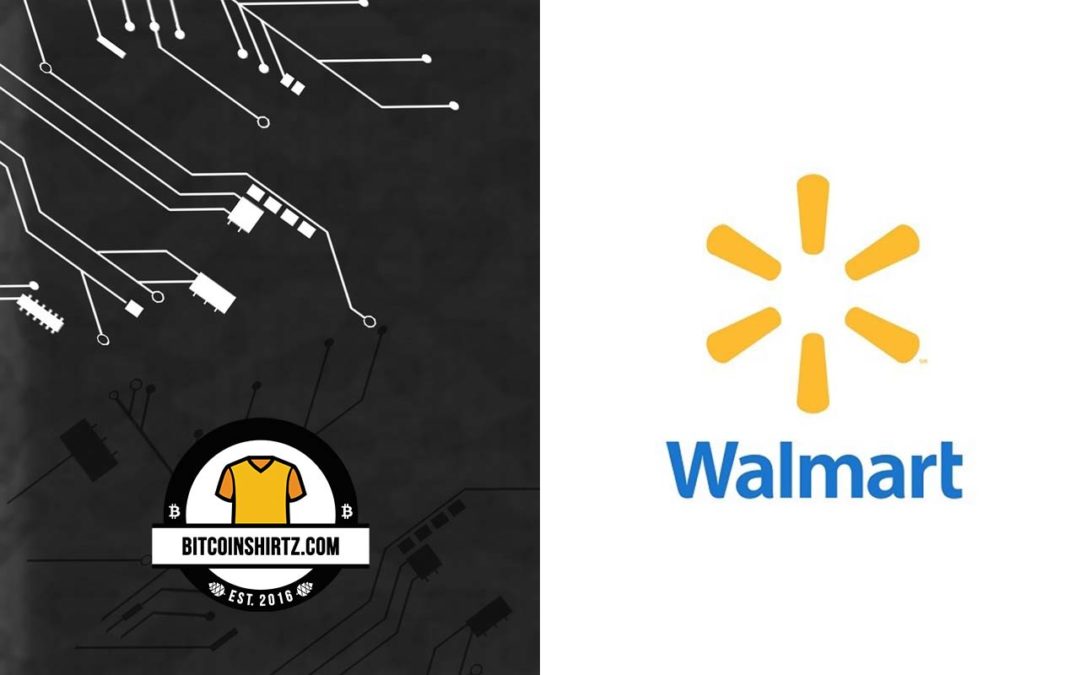 How Walmart Is Using Blockchain

Walmart is the world’s largest company by revenue and now they are incorporating blockchain into their supply chain. The multinational retail corporation is specifically targeting leafy green suppliers and requiring that they use blockchain technology. All of this is in an effort to prevent the spread of E-coli. Earlier this year there were outbreaks from lettuce. So to briefly summarize how Walmart is using blockchain, they are enhancing their food traceability for the safety of the consumer.

Video: How Walmart Is Using Blockchain

The end-to-end traceability system is based on distributed ledger technology (DLT) developed by computing giant IBM. According to the report, Walmart will require suppliers to implement blockchain tech by September 2019.

The company’s Vice President of Food Safety, Frank Yiannas, stated that Walmart will require a similar traceability system “for other fresh fruit and vegetable providers within the next year.” Walmart told Bloomberg that over 100 companies will be required to implement IBM’s blockchain service.

According to Reuters, the U.S. Centers for Disease Control and Prevention (CDC) consulted with Walmart to improve product traceability in order to help health officials track and manage the outbreaks of foodborne illnesses.

Earlier this year, five people died and dozens more were hospitalized in an outbreak of the E. Coli virus in the U.S. The CDC estimated that over 200 people were infected in total.

Recently, Walmart filed tech-related patents for several different blockchain applications, including the improvement of secure deliveries, methods for managing smart appliances, and a healthcare information system, among others. In June, Walmart and nine other companies partnered with IBM to release a blockchain-based system for tracking food through its supply chain globally.