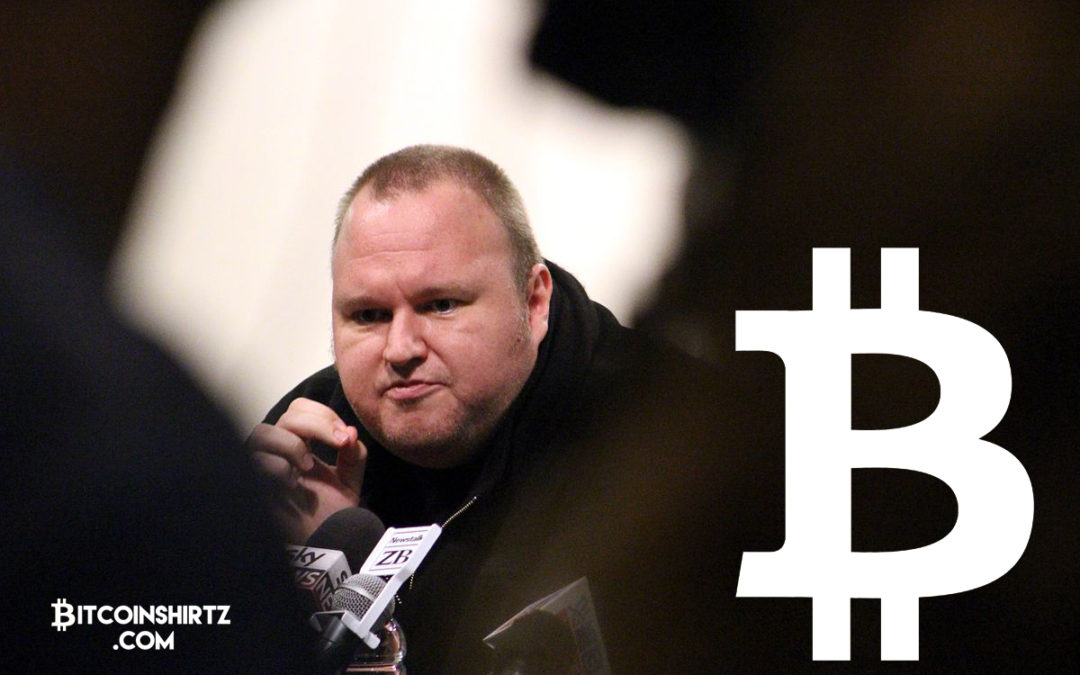 Kim Dotcom is predicting the price of Bitcoin will rise to $2000 in 2017. He covers how and why in a few recent tweets: 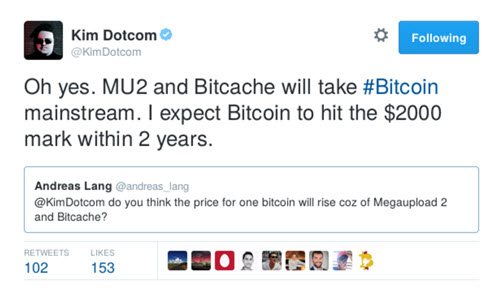 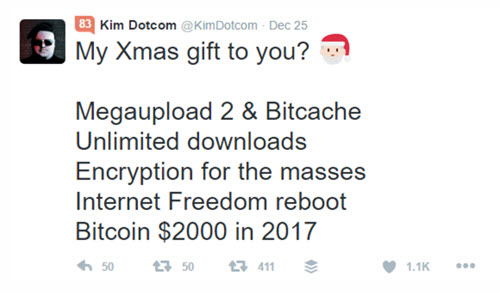 Who Is Kim Dotcom? 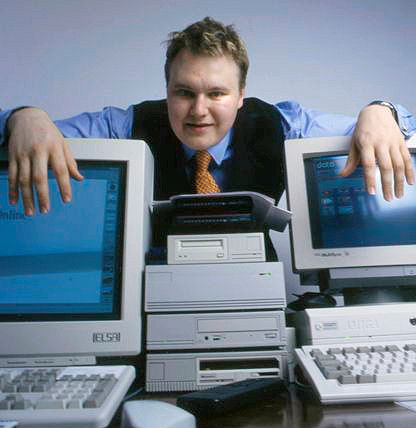 Kim Dotcom is an internet entrepreneur who is famous for founding the website Megaupload. To which he reportedly made $175 million from. Megaupload was simply a website that allowed large file transfers between users.  In January of 2012, Kim Dotcom’s house was raided after the US Government, New Zealand Government and Hollywood accused him of copyright infringement via Megaupload. This happened one day after the Stop Online Piracy Act died in the US Congress.

Kim Dotcom’s real name is Kim Schmitz. And he is dedicating his life to fighting for internet freedom.

Governments undermine human rights, destroy freedoms, censor the internet. Kim Dotcom is an innovator who is fighting against government terror. As a result Governments are attacking him. Currently Kim Dotcom lives in New Zealand, while the US is tries to extradite him on charges of racketeering, money laundering, and criminal copyright violation.

These charges are nonsense. If you want to understand why intellectual property (IP) is bad for innovation and humanity as a whole, read Against Intellectual Property by Stephan Kinsella

Kim Dotcom believes that his new project, Megaupload 2.0 will launch the price of Bitcoin to over $2000.

Bitcache purports to be a blockchain-powered method of attaching Bitcoin microtransactions to file transfers. Other endeavors have sought to intertwine the two in the past, with last year’s release of Joystream, a torrent client which pays users for sharing files in an effort to stabilize the distribution of files. Joystream works by creating a market for consumer bandwidth. Conversely, Bitcache will underpin the second version of Megaupload. The general purpose of Bitcache will be to attach a value to every file download as well as protect user privacy through encryption.

Megaupload made file sharing possible for those who had trouble making use of torrent applications for various reasons. Various internet service providers around the world interrupt torrent traffic, but since Megaupload transactions took place over the HTTP protocol, they would have worked in many cases. Dotcom seems to believe that Bitcache will provide a similar mainstream appeal for Bitcoin. Users downloading files through the service will become familiar with Bitcoin in that they will apparently need to acquire it to activate downloads.