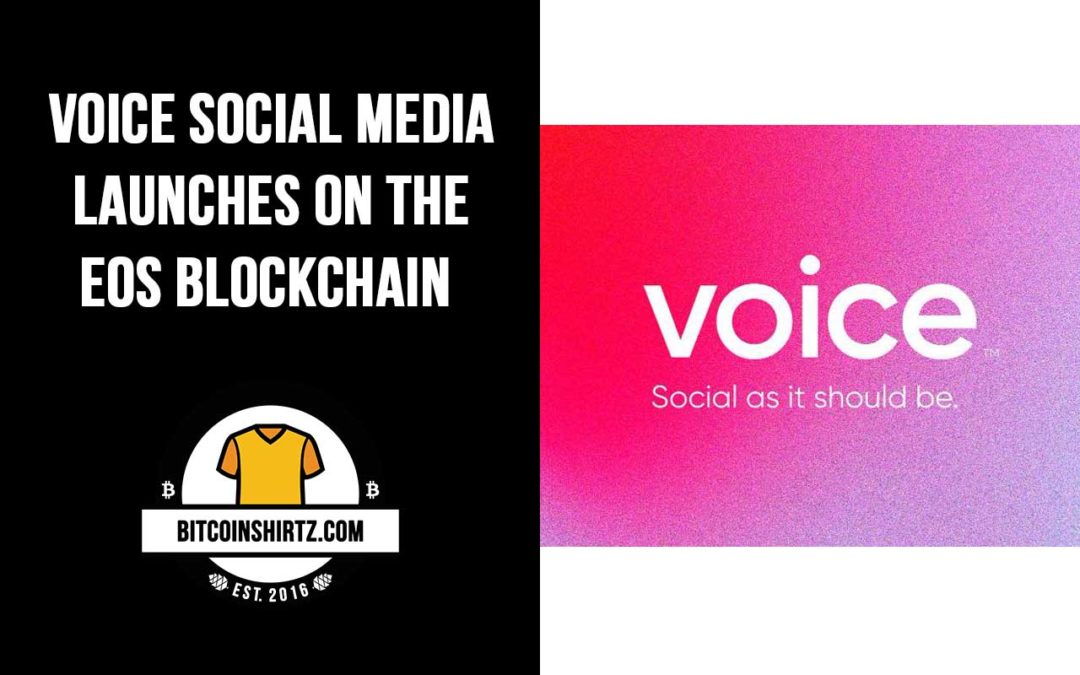 On Saturday, June 1st, Block.one announced the creation of Voice Social Media. The new social platform will run on the EOS blockchain.

Voice social media hopes to help the users reap more rewards (instead of the platform). Voice will also be open since all the data will be stored using the public chain. This is in contrast to networks like Facebook. Facebook recently announced they are moving in a more privacy-focused direction.

“[Block.one CEO Brendan Blumer] promised that Voice will do a better job of keeping out bots and trolls than previous social networks, without really going into the mechanics of doing so. Previously, though, Block.one brought on stage a product lead from Yubico, the makers of YubiKey, to talk about ways in which EOS would integrate with WebAuthn, a password-less standard recently approved by the W3C, which governs the worldwide web.

All attendees at the event were given a new YubiKey.At the end of Blumer’s talk, the massive screen behind him exhorted viewers to “Unlike shady algorithms” and “Unfollow being followed.” Then it was Block.one CTO Dan Larimer’s turn.“Social media was intended for good,” said Larimer, who previously co-founded a blockchain-based social media site, Steemit, before leaving for Block.one in 2017. He came on stage to announce a new token, the Voice token. “Everyone who signs up for Voice will get an EOS account,” he said.

The chief mechanic Larimer showed off was one in which users could stake Voice tokens to move to the top of a chain of comments. If someone else staked tokens to go above them, the first user would get their tokens back and then some. This additional pressure on the EOS blockchain should be partially offset by another announcement Larimer made: EOSVM. “This is a WebAssembly engine designed specifically for blockchain,” Larimer said, promising it would run 12-times faster than the original EOSIO software, which was released on June 1, 2018.