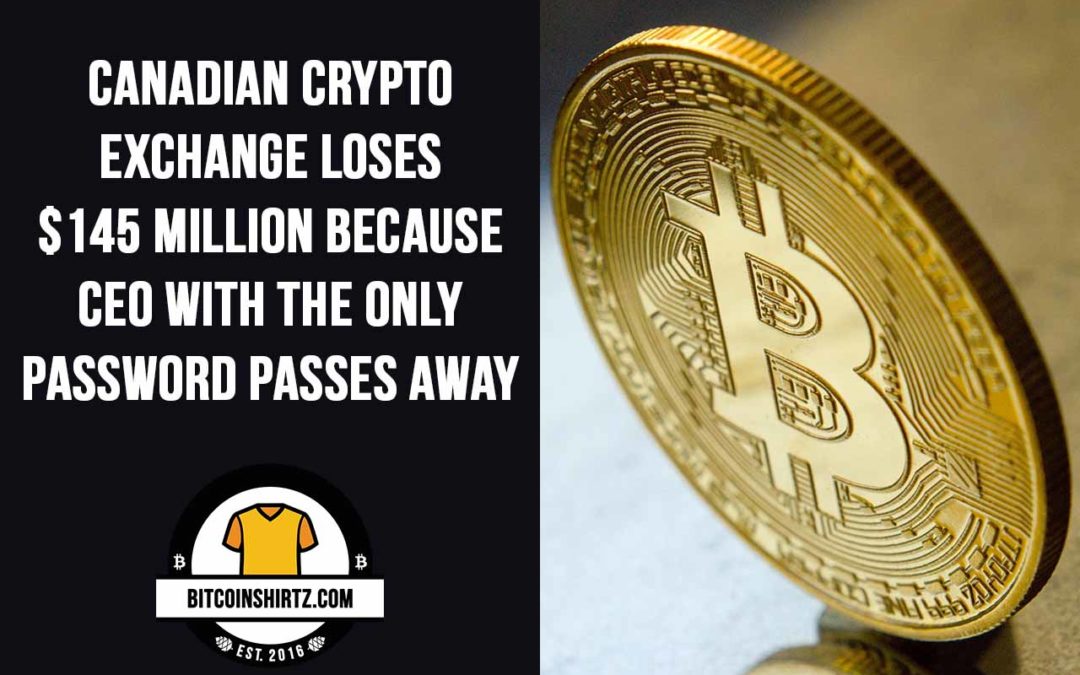 One of the largest bitcoin exchanges in Canada has reported a loss of almost $ 145 million USD. QuadrigaCX claims to have lost access to the companies cold storage containing a sizeable amount of crypto assets.  Included in the offline cold storage was 26,500 Bitcoin, 430,000 Ether, and 200,000 Litecoin.

“Following the sudden death of Gerry Cotten, founder and chief executive officer QuadrigaCX, the Canadian exchange this week filed for legal protection from creditors in the Nova Scotia Supreme Court until it locates and secures access to the lost funds.
In a sworn affidavit filed by Cotten’s widow Jennifer Robertson and obtained by Coindesk, Robertson said QuadrigaCX owes its customers some CAD 260 million (USD 198 Million) in both cryptocurrencies, including Bitcoin, Bitcoin Cash, Litecoin, and Ethereum, as well as fiat money.
However, Robertson said the cryptocurrency exchange only has smaller amount in a ‘hot wallet’ (USD 286,000), claiming that to protect its users funds from hackers, majority of coins were kept in a ‘cold wallet’—a physical device that is not connected to the internet—by Cotten, who died of Crohn’s disease on December 9 in Jaipur, India.”

But not everybody is buying the story. Some researchers and QuadrigaCX users have been doubtful of the Canadian crypto exchange’s claims. The amount claimed seems higher than it should be. Some claim QuadrigaCX never had access to such a large pool of funds. It could be true but it could also be a sneaky exit scam.

If the claim is true, the company will be filing for bankruptcy and the crypto assets on the cold storage will never be accessed again.